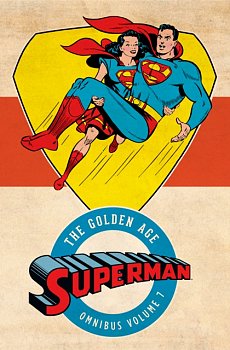 As the 1950s began, the Man of Tomorrow was faced with new dangers big and small! In these stories that are reprinted here for the first time, Lex Luthor invents a device that banishes Superman to the fourth dimension, while Mr. Mxyztplk makes the entire city of Metropolis forget that their hero ever existed. Plus, Superman becomes a super-cowboy and meets a mighty caveman who was frozen in an iceberg.