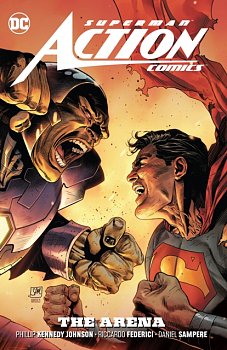 The biggest Superman event begins here! Superman has arrived on Warworld and his greatest battle is only beginning. Can Superman and the Authority dethrone Mongul and liberate an enslaved Warworld? After learning of an enslaved race with mysterious ties to Krypton, Superman and the Authority leave earth and travel across the galaxy to dethrone the new Mongul and liberate Warworld. Think it s that simple? Think again.

With Superman captured on Warworld and banished to the lower catacombs, he ll need to team up with other enslaved gladiators to turn the hordes of Warworld against their masters. Which heroes will survive the conflict and what will be the fate of the citizens of Warworld?