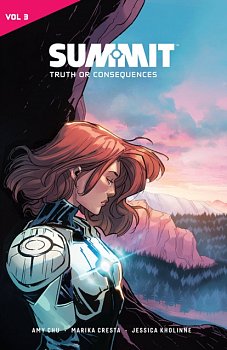 Ever since The Event, Dr. Valentina Resnick-Baker attempted to move on with her life and find a sense of normalcy again. Normal was never fully achieved, but with the loss of her powers, Val thought she finally had a real chance. Until she learns the voice in her head is Jamila Parks, one of her teammates who was presumed dead. Now Val finds herself on the run from a new enemy, separated from her friends, and thrust into a full-on alien conspiracy.