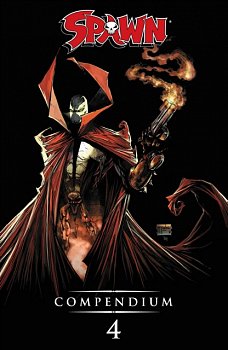 TODD MCFARLANE unleashed his signature creation,SPAWN, in 1992. In doing so, he created the most successful independent comicbook in history. Now for the first time Issues 151-200 are collected in FULLColor.

Some of these issues have never been collected before! SPAWN COMPENDIUMVOL. 4 presents the continued tales of Spawn, as he discovers the true meaningof becoming a Hell spawn. He settles on a path of bloody revenge in search of away back to his humanity!Collects SPAWN #151-200