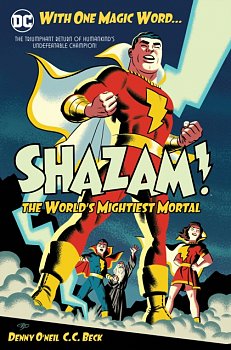 The 1970s adventures of Shazam--Now the star of his very own movie--are collected in color for the first time!

In 1973 DC brought back one of comics' most popular heroes: Captain Marvel, also known as Shazam!, whose Golden Age adventures sold in the millions of copies. These new adventures combined the cartoony art of C.C. Beck, the original artist from the 1940s, with the modern, tongue-in-cheek sensibility of writers including Dennis O'Neil (Batman, Green Lantern/Green Arrow).