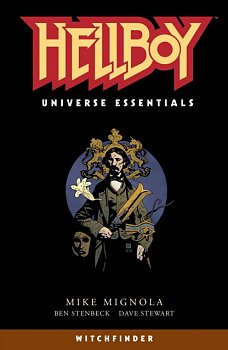 Hellboy Universe Essentials: Witchfinder chronicles one of Sir Edward Grey's first cases as an agent of the queen, an occult mystery that takes Grey from the sparkling echelons of Victorian London to its dark underbelly in his inaugural clash with the city's most infamous secret society: The Heliopic Brotherhood of Ra.