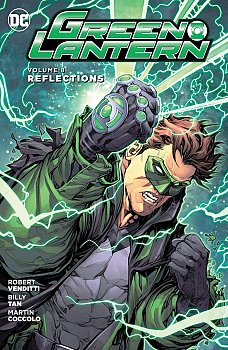 Hal Jordan was once the leader of the Green Lantern Corps...but now the Corps is missing, and Hal is the universe’s lone renegade Green Lantern, wielding a weapon more powerful than any power ring. With an entire universe in need of protection, Hal has only one place he wants to be-back home in Coast City, USA, looking after his brother and his beloved niece and nephew.

But when tragedy strikes Coast City, Hal finds himself embroiled in an international conflict just as complex as any intergalactic peacekeeping mission. Worse, Hal becomes unsure he has what it takes to protect the people he loves...and he’s not the only one who feels that way.