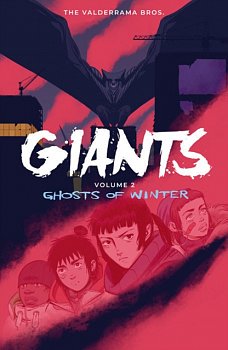 Memories are not a burden, but a beast that must be tamed.

After the loss of their leader—and father figure—the apocalyptic found family The Forsaken are divided on what to do next. As they attempt to build a new place to call home, their efforts are quickly cut short when a fight among monsters forces them to move farther beyond the limits of the unknown—and with the way back blocked—they're faced with more change as they encounter a group of monster hunters. When they learn that killing monsters has unintended consequences, tensions rise, loyalties are tested, and new beasts enter the fray! In a world ruled by giant monsters, with hope lost in memories of the past, the choice to run, hide, or fight becomes more than a question of survival.