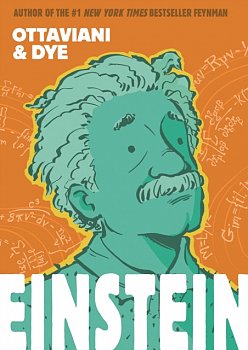 E = mc(2) . A world-changing equation and a wild head of hair are all most of us know about one of history's greatest minds, despite his being a household name in his lifetime and an icon in ours. But while the broad outlines of what Einstein did are well known, who he was remained hidden from view to most...even his closest friends.

This is the story of a scientist who made many mistakes, and even when he wanted to be proven wrong, was often right in the end. It's a story of a humanist who struggled to connect with people. And it's a story of a reluctant revolutionary who paid a high price for living with a single dream.

In Einstein, Jim Ottaviani and Jerel Dye take us behind the veneer of celebrity, painting a complex and intimate portrait of the scientist whose name has become another word for genius.