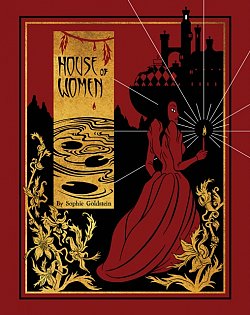 When Sarai and her fellow emissaries from the Empire disembark from their ship, they find themselves on an unknown planet teeming with life and mystery. The natives, whom they intend to "civilize," are not as malleable as expected and their only other human contact, a man with some unexpected genetic modifications, only causes further conflict within their ranks. Something dark is growing in Mopu. The only question is whether the danger that will undo the women's delicate camaraderie is outside the gates--or within.

House of Women is Goldstein's second solo graphic novel, following 2015's The Oven (AdHouse Books), which appeared on many year-end "Best of" lists, including Publishers Weekly and Slate. House of Women showcases Goldstein's remarkable self-assurance as a cartoonist and is certain to be one of the most acclaimed releases of 2017.