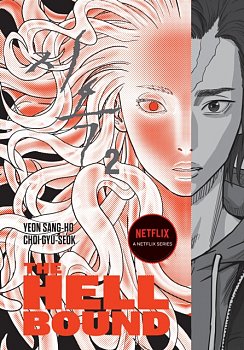 Terror intensifies as the truth behind a series of deadly and mysterious attacks is revealed... Death, murder, and hysteria. The reality of hell on earth has reached new heights following numerous public massacres. The fear-striken public begin to reexamine their lives, while others find refuge in cults, religious dogma, and internet hearsay. Does there exist salvation from this sentence of death or is the notice an irrefutable condemnation? With horror befalling the chairmain, what future lies for the New Truth Society? And who or what is responsible for creating this nightmarish world? It is time to make amends and face the mistakes of the past—atone. Available for the first time in English! The thrilling conclusion to the provocative horror of The Hellbound by Yeon Sang-Ho, director of the internatonal hit and cult favorite film Train to Busan and cartoonist Choi Gyu-Seok.