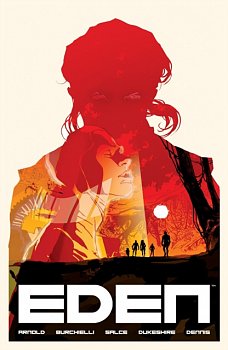 Two convicts, senator Anna Croft, and her sheriff husband, Ben, are sentenced to twenty-five years to life in a newly constructed cryogenic penal facility for a crime they claim they didn't commit. Due to a malfunction, however, Anna, Ben and a few others are accidentally released. Once free, the escapees discover that they've been frozen for thousands of years, and are the only survivors in a catastrophic future, where prehistoric creatures walk the Earth once more. Given a second chance, the fugitives are forced to create a new society and must decide whether or not to release the rest of the imprisoned criminals in order to survive. Under Anna's leadership, can these 'bad seeds' actually seed a new and better world, or are they doomed to repeat the mistakes of humanity's checkered history?