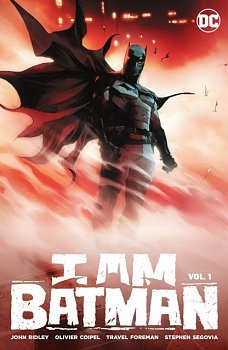 Spinning out of the events of The Next Batman: Second Son, Jace Fox thrusts himself into action when the Magistrate's crackdown on Alleytown begins! With his own Bat-Suit, Jace hits the streets to inspire and protect... The new Dark Knight will have to counterbalance the misinformation and violence the anarchistic Anti-Oracle is spreading and face off against Arkadine, and one Gotham vigilante pays the ultimate price when they're shot down in cold blood. The aftermath of Fear State unfolds in I Am Batman, collecting I Am Batman #0-5!