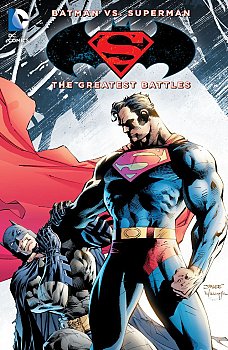 Batman (the New 52) Batman vs. Superman: The Greatest Battles (comics)

Just in time for the blockbuster event of 2016 — the Dark Knight takes on the Man of Steel! This collection of their most memorable showdowns is an essential companion piece to this spring’s Batman v Superman: Dawn of Justice.

Superman and Batman are usually allies, but when they do have to go toe-to-toe, it’s the ultimate battle of brains versus brawn! Can an ordinary man take down an opponent with the power of a god? Can even superpowers prevail against a tactical genius who is never less than ten steps ahead?