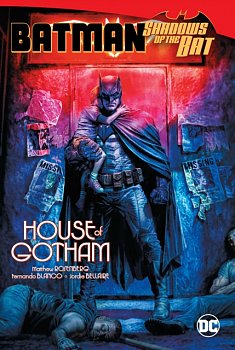 Batman: Shadows of the Bat: House of Gotham (Hardcover) (comics)

Explore the impact that Batman and Arkham Asylum have had on the city through the eyes of a boy whose life was changed forever by The Joker one dreadful night early in the Dark Knight s career! A boy s parents were killed by The Joker, and he fell through the cracks of the system. Instead of being sent to a facility that could care for him and his trauma, he was sent to Arkham Asylum! It's a cycle of violence the Dark Knight has no answer for as Gotham's most vulnerable struggle to keep their heads above water!