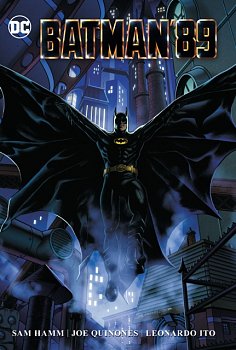 In 1989 moviegoers were amazed at the new vision of the Dark Knight brought to the screen by filmmaker Tim Burton, starring Michael Keaton as Batman and Jack Nicholson as The Joker. Now, in the tradition of DC s very successful Batman 66 series, Batman 89 is set in a truly gothic Gotham City and features colourful villains including The Joker, Two-Face, and many more. Collects the first 12 chapters of the Batman 89 digital comics series.