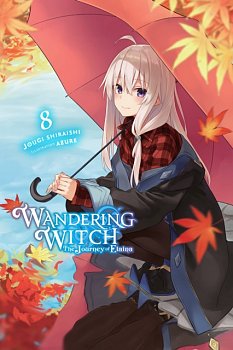 On this stretch of her journey, Elaina encounters an immortal witch, people who claim they’re from an advanced nation, an ink witch, a fake witch with a knack for sewing, a spy who hates coffee, and a pair of feline sisters who once served as knights but now work as baristas. Then, at long last, she crosses paths with the black-haired girl whose fate is entwined with her own. What sort of chapter will their meeting add to Elaina’s tale?