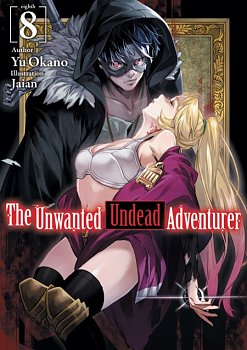 When Rentt senses something wrong with his familiar, Edel, he and Lorraine leave Hathara and return to the city of Maalt. They find the city in flames, swarming with thralls. Rentt finds Edel safe beneath the orphanage.

Through his familiar, our hero learns that a single vampire may be the cause of all the chaos. Matters are complicated when Rentt runs into Gold-class adventurer and vampire hunter, Nive Maris...who still suspects Rentt may be a vampire!When they delve into the new dungeon, the group runs into another familiar face... Can Rentt cut his way through the web of complications before the vampire can execute his master plan?