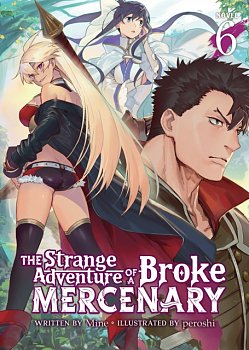 Fresh off his promotion to iron rank, Loren takes on a request from an old friend, Claes. A supply run to a nearby village needs security, which Loren and Lapis can happily provide. However, to reach the village, they must pass through a dangerous forest that devours everyone who dares to enter it.

All too soon, Loren suspects they've identified the culprit behind these disappearances - the dark god Gula Gluttonia. But Gula isn't the only threat lurking in the night, and her hunger isn't the only one threatening to spiral out of control. Series Overview: One by one, the mercenaries who raised Loren fell in a terrible, bloody battle.

The lone survivor in a hard world with only his wits and his sword to his name, Loren hires himself out as an adventurer. His new party, however, proves all too willing to run headlong into danger using him as their meat shield. Only Lapis, the party's sly priest, sees his true worth, just as Loren sees hers.

They must rely on each other, or else neither of them will live to see the end of their first adventure.