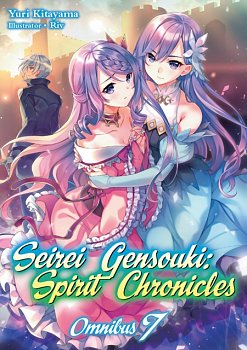 Contains the Complete Volumes 13-14! Rio trounces the overwhelming threat of Charles and his army handily, but even with Princess Christina delivered safely to the Kingdom of Galarc as promised, his troubles aren't over. Rivals, enemies, and oddities await him in Strahl, from the hero Sakata to the eccentric Emperor Nidoll of Proxia. News of his old enemy Lucius's whereabouts and the uncannily timed abduction of Christina and Flora send Rio off to Paladia, but can he settle the score and rescue both captive princesses in time?