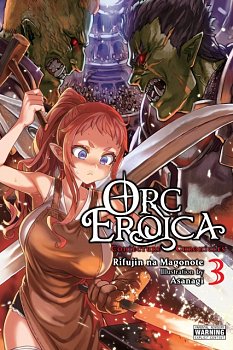 Having struck out with the humans, and then the elves,Bash's hunt for a bride leads him to the Kingdom of Dwarves, and almostimmediately after he arrives, he receives a proposal from a local dwarf woman!...Or so he thinks. Following a brief chat to clear up any confusion, the womanmakes Bash a deal. If he takes part in the God of War festival and emergesvictorious, she'll fulfill his every desire.

Wondering if that means he'llfinally get a woman of his own, Bash leaps at the opportunity to do what orcs dobest' vie for conquest on the battlefield...and hopefully thebedroom!