Home » Carti » Novels » How a Realist Hero Rebuilt the Kingdom 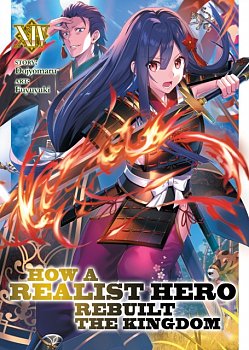 Souma is hailed by Friedonia’s people after defeating the monster that menaced the Nine-Headed Dragon Archipelago. But outside his kingdom, Souma is overshadowed by Fuuga, King of Malmkhitan, who has reclaimed part of the Demon Lord’s Domain! In a stand against his growing power, the anti-Fuuga faction makes an attempt on Fuuga’s life, dragging the whole Union into a massive conflict! When the dust settles, will the world truly be the same?