Home » Carti » Novels » High School Prodigies Have It Easy Even in Another World! 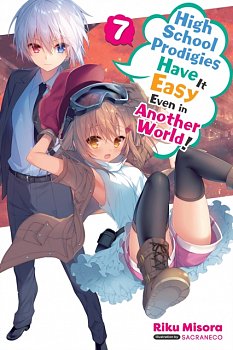 High School Prodigies Have It Easy Even in Another World!, Vol. 7 (Light Novel) (novel)

As the Republic of Elm settles into a new normal after its first election, the Yamato resistance begins its war for independence against the Freyjagard Empire. At first, things appear to be going well thanks to help from Tsukasa, Aoi, and Ringo. However, Mayoi’s brainwashing magic threatens to squash the fight for freedom beneath the imperial boot. Can the Prodigies from Earth free a nation dominated by mind control?