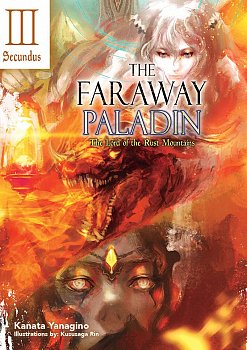 Though wary, Will and his allies at last set upon the forbidding Rust Mountains where the foul dragon Valacirca awaits. A bloody battle is all but certain, and words of warning come from every direction imaginable—including from the god of undeath.

Yet not even a nostalgic reunion can deter Will. He means to stay his course and fight. Thus the curtain rises on a tense clash in the lost underground kingdom... Is Will strong enough to hold his own against a dragon feared by even the gods, or will this be the Faraway Paladin’s last stand?