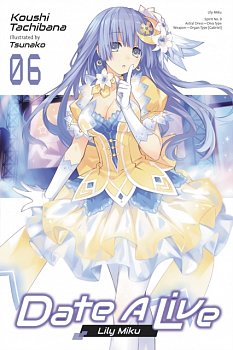 While preparing for the Tenou Festival, a cultural event put on by the ten high schools in Tengu City, Shido encounters the sixth Spirit, a talented vocalist named Miku. But his efforts to make her fall for him quickly go awry when he discovers she hates men. “What are you blabbering on to me about? Quit it, you’re grossing me out.” Will Shido be able to win her over for a date in time? Or will his attempts hasten disaster?