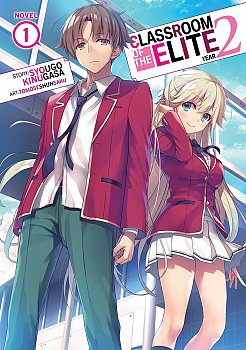 NEW KIDS ON THE BLOCK

As Ayanokouji and his classmates begin their second year at the Advanced Nurturing High School, they're greeted by a fresh gauntlet of exams and a fresh batch of rather unique first-year students. They'll have to get to know each other quickly, because the first special exam pairs the first-years with the second-years on a written test-with only the second-years facing expulsion if their team performs poorly! Worse yet? It seems one of the new first-years is also from the White Room. Can Ayanokouji avoid expulsion while sussing out the identity of this hidden foe?