Home » Carti » Novels » By the Grace of the Gods 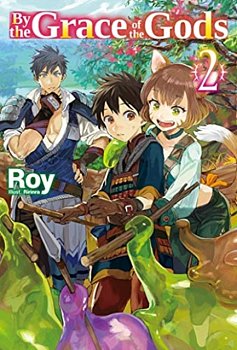 By the Grace of the Gods Novel Vol. 2 (novel)

Enjoying a slow and leisurely life with slime monsters, the second volume of the easygoing otherworldly fantasy is here!

Ryoma is a boy reborn from another world, who finds himself traveling with a kindly duke's family. After registering with the Adventurer's Guild and successfully finishing his first major job, he accompanies the duke's daughter Eliaria in her combat training, while learning new magics along the way! With a variety of slimes under his wing, Ryoma enjoys his second chance at life while encountering many kind people in this otherworldly fantasy story!